Every month in London, 9.2 million meals are missed by people who can’t afford to eat. At the same time, in the same city, businesses waste over 13 million meals.

The food they redistribute helps these organisations serve thousands of healthy meals each week and reduce their grocery bills – freeing up funds that can be reinvested in other vital support services. Since City Harvest launched five years ago, partner charities have received over £8.5 million in free food.

They’re also diverting food from landfill where it would release greenhouse gases which lead to climate change. They’ve prevented more than 11,000 tons of greenhouse gases from polluting the environment over the past five years.

City Harvest needs more vans, drivers and money. There’s already a waiting list of 112 community organisations across London who’ve requested their deliveries. And they’ve identified more than 900 charities across London that could benefit from their work.

Our grant of £25,000 will go towards running a van for a year, redistributing surplus food. It’ll help more charities reduce their annual food budgets so they can invest more in vital support services, such as counselling, education, shelter, employment programmes and support for vulnerable children.

“The only limiting factor in connecting the 13.3 million meals that go to waste in London with the people who miss 9.2 million meals each month, and ultimately eliminate food insecurity in our city, is the funding to keep our vans on the road connecting waste and want. The funding of one additional van is a simple, direct way to reduce food waste by efficiently diverting nutritious, edible surplus commercial food from waste and redistributing it to vulnerable people living in food poverty.”
Laura Winningham, CEO, City Harvest

We’re helping transform the grounds of a church into an inspirational space for teaching children about growing and eating healthy food.
Find out more
Community & Environment 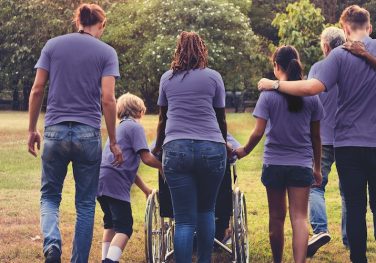 Random Acts of Kindness grants are an opportunity for us to support small organisations doing amazing work.
Find out more
Community & Environment 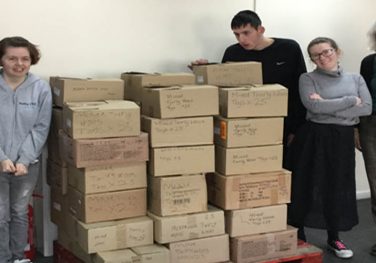 “Nothing to Waste, No One in Need”. This is our grantees motto who train people with learning difficulties to distribute goods to those in need.
Find out more