The Chase Local Nature Reserve was once one of the best urban nature reserves in south east England, supporting 200 bird species. But, cut off from the river Rom (a tributary of the Thames running through east London), the Chase lost habitats and wildlife as invasive species like giant hogweed and Himalayan balsam choked out native plants and biodiversity. This rare and vital green space in an urban and industrial area was neglected, littered and polluted. But Thames21 came up with a plan to transform it – and we wanted to help.

We’re pleased to award £99,951 to Thames21 to Rewild the Rom. The ambitious project will allow the river Rom to flood the Chase once more and create a wetland rich in native animals and plants. Local people from the London boroughs of Barking & Dagenham and Havering will be involved in creating and maintaining the rewilded area. The wetland is also designed to reduce flood risk to the local area.

The first step in transforming the Chase Local Nature Reserve is to remove the flood barriers that have stopped the Rom from watering the Chase floodplain. Thames21 and volunteers will clear the land of litter and invasive species, dig scrapes to form wetlands, and create paths and bridges so the community can enjoy the site. Hopefully, important and rare species like the water vole – the UK’s fastest declining mammal – will return and make the Chase their home. Volunteers will be trained how to monitor species including using special cameras. Local people will become long-term stewards for the Chase wetlands.

ReWild the Rom is one of the first steps towards Thames21’s plans to rewild the Rom. This rewilding will increase biodiversity and climate resilience across the Thames basin.

“There are plenty of opportunities to support wildlife in our neighbourhood and Thames 21 is doing just that work to restore the Chase Local Nature Reserve. Not only do we hope it will reconnect the community with their local green/blue spaces, but also encourage the return of plants and animals to the area.” 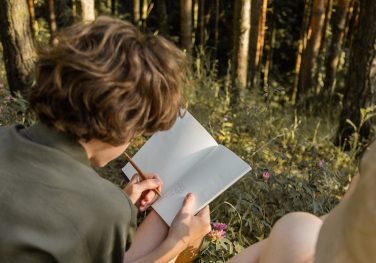 The Garden Classroom is bringing the benefits of the great outdoors to children in Islington with a very urban forest school.
Find out more
Community & Environment 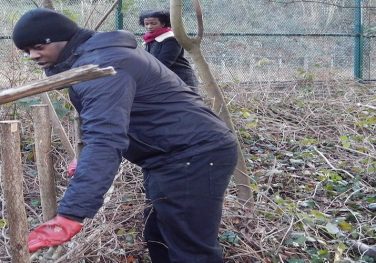 Our grant will support young people to develop knowledge and skills that prepare them for a career in the environmental sector.
Find out more